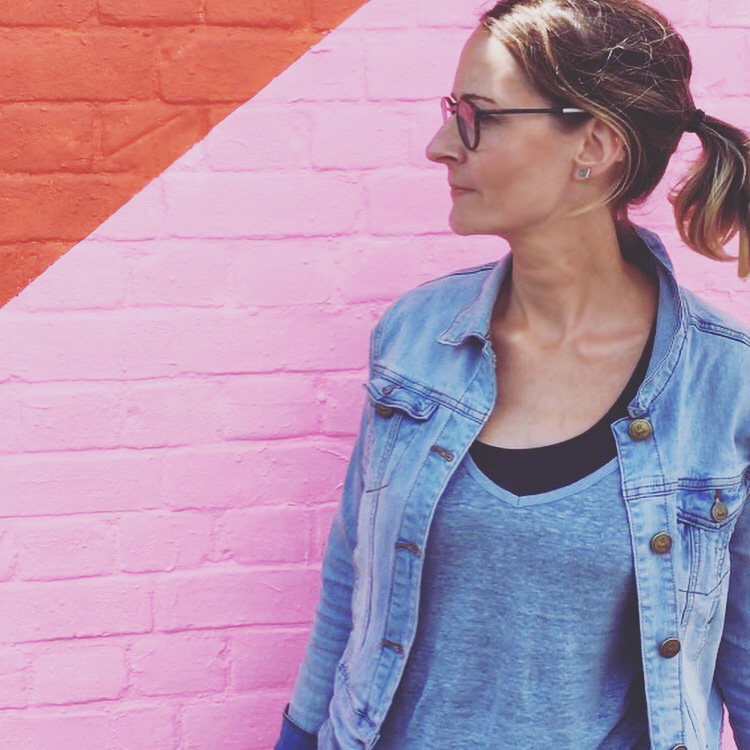 Frea Buckler is a multidisciplinary artist applying her visual language of hard-edged abstraction to screenprint, sculpture and installation. Central to her practice is the interplay between the conscious and subconscious, balancing both reason and intuition to create lively one-off works made up of deeply saturated geometric forms.

Buckler constructs and deconstructs her works within a process-led methodology, embracing chance and experimentation as a means to explore colour, materials, space and form. The angular shapes are derived from urban architecture, domestic spaces or everyday functional objects. She is particularly interested in objects that occupy a liminal place between two differing states, and this is captured in the transient and transformative quality of her works.

Buckler’s process serves as a personal form of navigation, a way of making sense of the world around her; her abstract compositions a distillation of the beliefs and innate behaviours that underpin humanity, and her titles a nod to differing modes of being. Colour and the emotions associated with it are also of central importance to her work, a vehicle for expressing something of herself and arousing emotion in others. It is the interaction of colour and response to it that ultimately drives her practice.

Frea Buckler studied Fine Art at Central St Martins and MA Multidisciplinary Printmaking at the University of the West of England, Bristol. She has presented two solo shows in London with Smithson Gallery and Jealous, has participated in group shows internationally with galleries including the Royal Academy London and Davidson Gallery, New York. She has been commissioned for projects by organisations including Facebook, Ginkgo Projects and Denver Art Museum. Her work is held in collections at the University of Warwick, Trinity College Dublin and The National Archives of Ireland. Frea currently lives and works in Bristol.